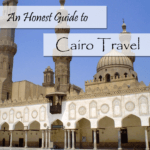 All of Egypt is one big mental exercise, with travel to the largest city being the biggest challenge.  The city is incredible, but it’s also a challenge.  I won’t sugarcoat things in this Cairo travel guide.  If you’re planning a trip to Cairo, here’s the reality of what to expect, with no nonsense, no BS, and no lies about how it’s the perfect destination for everyone.

Cairo is a dirty city, no doubt about that.  It took me two days to clean all the crap out of my ears after the end of the trip.  Don’t wear sandals or else your feet will be a disaster at the end of each day!

The worst part, though, is the air quality (which I think is worse than Beijing).  You breathe in factory smog, dust, sand, and a never-ending amount of car exhaust.  My eyes stung the whole time — made worse by the dry air — and I felt like I needed to constantly wash my hands.

Most attractions clearly mark tourist entry fees, which are 6-7 times more expensive than what locals pay.  Fine: I’m still going to pay to see the pyramids and at least it’s a set price that everyone pays.

But you can expect to pay a “tourist tax” on everything you pay.  Good luck getting a taxi at a local rate (unless you use Uber).  If you buy street food, prepare yourself to pay extra for the same portion.  On average, we paid an extra $0.50-$1.00 on every purchase, but it totaled to less than $50. Worth it to avoid all the arguments along the way.

Because of these extra costs, travel to Cairo isn’t always as cheap as you’d expect.

Some people genuinely welcomed us to Cairo (and to them, I am grateful and appreciative of their hospitality).

Morocco wasn’t an easy country to travel in either, but it was easier than Cairo by a landslide.  Learn more about Morocco in my FAQ (opens in new window).

Be wary of anyone who tells you something is closed right now (or only open to groups) and use your common sense when they share prices.  A non-touristy mosque should not cost triple the entry of the great pyramids, even with a tourist tax added on.

I’m fully aware that Egypt is a male-dominated society and I didn’t expect to be making friends with local men during the trip.  Modesty is expected and segregation is apparent in several places.  Plus, I knew that anyone doing business would default to dealing with my husband.  Even though I don’t love that approach, I can deal with it.

In my house, I’m always the one doing the travel preparations (even if Mike has input on where to go, I collect and organize the information). I also read up on things far more than he does.  So, sometimes in the spur of the moment, I’ll know the answer to something and he won’t — like landmarks to give to taxi drivers when they don’t know exactly where you’re going.  There were a few times I was flat-out ignored and other times when our haggling turned into me whispering prices to Mike who would speak them out loud.

We saw a huge selection of Cairo’s ancient wonders in a single day: Dahshur, Sakkara, Memphis, and the Pyramids/Sphinx at Giza.  They’re each interesting in their own way, but by the end, I just didn’t care.  I can’t imagine what it would feel like to do a day like that after already spending 3-7 days seeing temples in places like Luxor.

In my opinion: either prioritize a few things or if you want to see them all, balance it out with other things that have nothing to do with ancient ruins.  You might have to backtrack geographically a little to mix and match every day, but better to waste an hour of your day than an entire half day.

Read More about Travel to Cairo: There are plenty of things to do in Cairo other than pyramids.  This list shares information on historical and cultural attractions, museums, and other travel planning tips. (opens in new window)

You can actually avoid a lot of these annoyances by hiring a tour guide, but we leaned toward doing things independently since that’s how we’re used to traveling. We had a guide for our final day, and he definitely took some of the pressure off by buying things for us, saying no to touts (and sometimes following up with a stern sentence in Arabic), and negotiating on our behalf.  If you want a relaxing trip, that’s the way to do it.

Sometimes I like getting into the gritty stuff, so I don’t regret that we did some things the hard way.

Travel to Cairo isn’t All Bad

Based on this article, you probably think Cairo is a terrible place to go.  It’s not.  It’s actually one of the best places I’ve ever visited, but I’m sick and tired of reading guides that make Cairo seem like a walk in the park.  Those articles were either written by people who had guides the entire time or simply paid up at every opportunity just to get people to go away.  That’s not necessarily a bad thing, as long as you know what you’re getting into.

My #1 tip…add 20% more time than you think you need.  That’ll take the stress out of traffic delays, getting lost, haggling back and forth a million times, or the simple desire to sit and relax for a second after such mentally intense periods.

And to my two friends who had never left the country before and made Cairo their very first international destination…I bow down to you.  Impressive.

Be prepared to rough it a little and you’ll be okay.

Where is the hardest place you ever traveled?  Was it worth it? 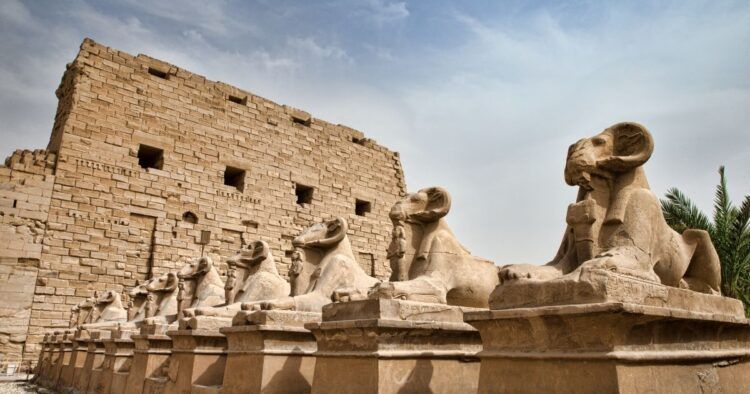 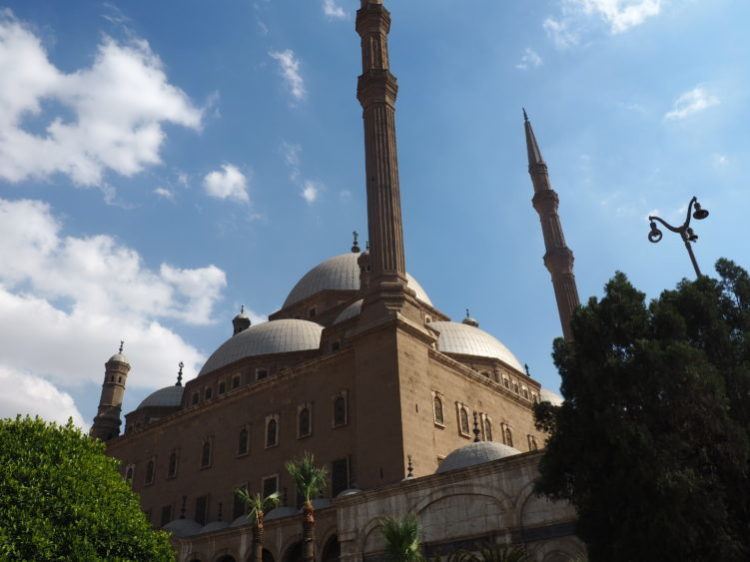 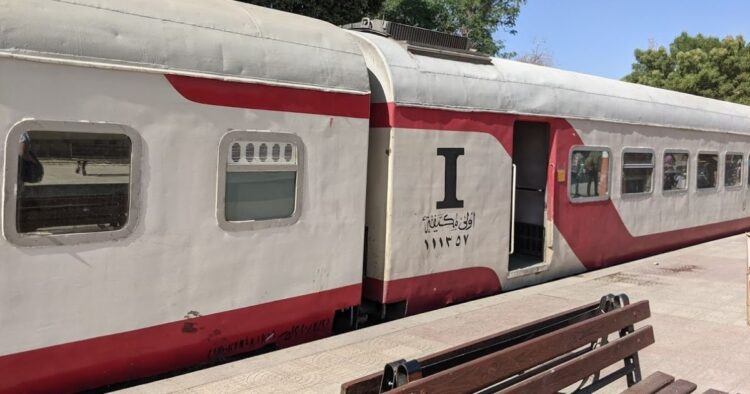 Taking the Day Train from Luxor to Aswan 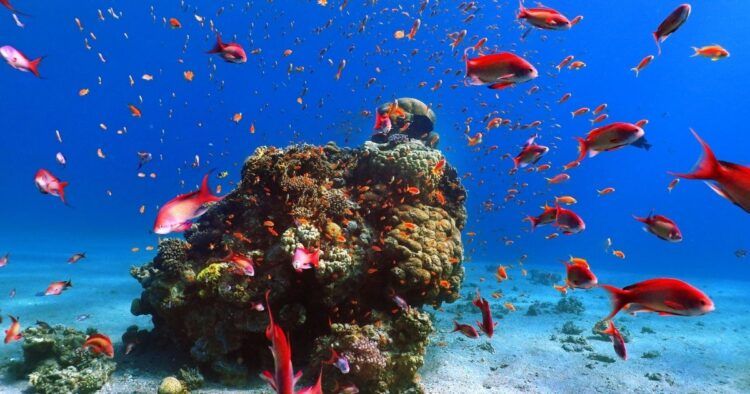 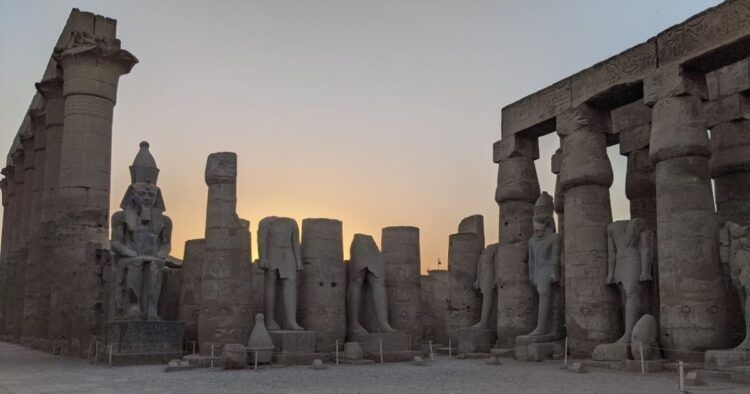 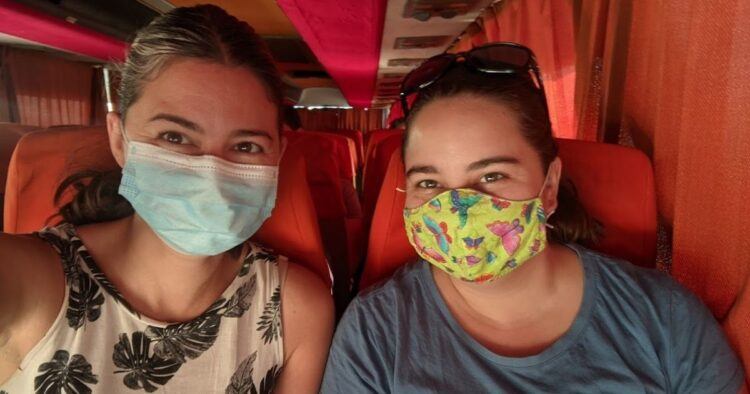 9 thoughts on “The No-Nonsense Guide to Cairo”