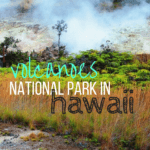 What does the Big Island of Hawaii have that no other Hawaiian island can claim?  The world’s youngest volcano, a record that seems fitting for the most recently added state in a young country.

Kilauea Volcano is one of the world’s most active volcanoes.  Its name even means “spewing” or “much spreading” in Hawaiian.  And so, visitors flock to Volcanoes National Park in hopes of glimpsing massive eruptions or lava flowing into the ocean.

Unfortunately, many visitors leave underwhelmed.  Tour companies advertise with old photos of lava from past years.  In fact, Kilauea volcanic activity has changed and the lava flows are essentially inaccessible today.  You can still see lava by helicopter, but you can’t access it from the road or sea anymore.  People arrive with unrealistic expectations and then completely miss the incredible scenery the park has to offer.

A Day in Volcanoes National Park (the Big Island of Hawaii)

For anyone who loves mesmerizing scenery, exploring ancient petroglyphs, or hiking through different ecological zones, Volcanoes National Park still offers plenty to do.  Arriving at sunrise, we immediately knew that this national park would be special.

Almost everyone begins their visit on Crater Rim Drive, a short road that passes a few of the better known attractions of the park.  Stops include the Thurston Lava Tube, almost too “Disney-fied” to be interesting, and the Devastation Trail.  Even a quick walk down this path will help you understand how Kilauea destroyed everything in its path in 1959.

Cynicism aside, Crater Rim Drive makes it easy to get close to the park’s natural power, proving just how active the volcano is in this area.  You’ll smell the geothermal energy before you see it.  Scents of sulphur waft through the outdoors and lead you to a colorful section of the park where steam escapes from cracks and vents in the ground.

Our visit became more interesting as soon as we left the main road and standard tour stops to head deeper into the park.  Leaving the car behind, we descended through the rainforest on the Kilauea Iki Trail.  Here, in the crater, it was as if we had arrived on an entirely different planet.

The terrain was uneven, appearing as if an earthquake had violently shaken the path and left it overturned.  Cautiously, we stepped over gaps in the earth and jagged rocks, avoided wisps of steam, and gasped at the heat underneath our feet.  It’s a strange sensation, feeling warmth from far under the ground reach the soles of your shoes while simultaneously being scorched by the hot sun. 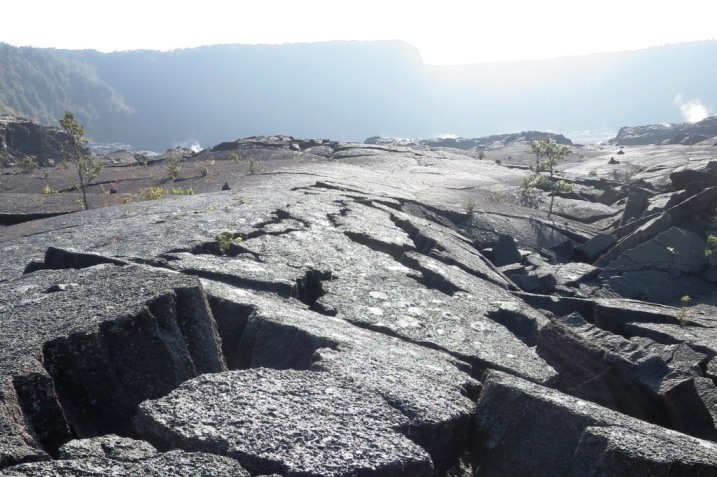 From the end of the Kilaeau Iki trail, we headed to the sea via the 18-mile Chain of Craters Road.  We passed pit craters, solidified lava flows, and plenty of geologic oddities.  There are dozens of opportunities to park the car for a photograph or to examine the rocks closer, but the highlight of the road is the short hike to the Pu’u Loa petoglyphs.  Rationally, I understand that these are historical markings made by ancient Hawaiians, but in a setting like this, you can’t help but wonder if perhaps they’re messages from another world. 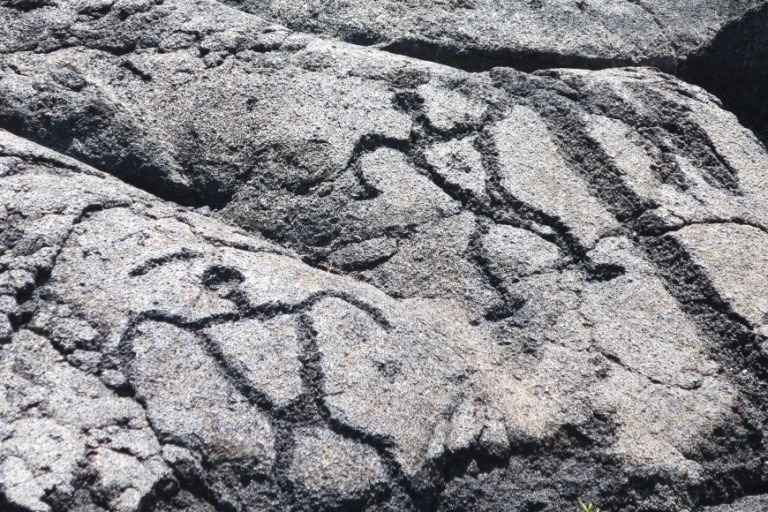 At the end of the road lies the ocean, another example of the earth’s power.  This area is dotted by arches and caves, each formerly a lava tube that has been eroded into their current forms after years of exposure to the crashing surf.  After seeing so many barren landscapes within Volcanoes National Park, it was incredible to be reminded just how close the ocean is. 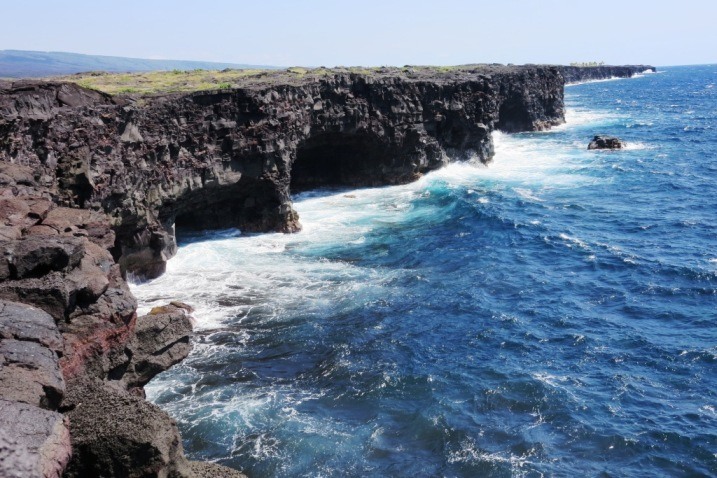 Of course, of all the park’s amazing features, none compare to the Halema’uma’u Crater as seen at night.  No, you can’t get close to a lava flow currently, but you can see the glow from the crater, shining through the night.  Mesmerized by how bright it was from our overlook at the Jaggar Museum, it’s easy to lose track of time.  The combination of an orange glow and the smoking caldera tied everything together to that image of volcanoes that had been in my head.  We had arrived at Volcanoes National Park.

Have you been to Volcanoes National Park in Hawaii?  Would you be satisfied with a visit now even without an accessible lava flow?

4 thoughts on “Volcanoes National Park on the Big Island of Hawaii: a Travel Guide”