Now that I’ve been in Guatemala for awhile — longer than most “normal” trips I’ve taken — I think it’s fair to share a few of my initial thoughts and impressions.  I’m sure my views will change as I experience more things and settle in more fully and I’m excited that for once I’ll be here long enough to have that opportunity! 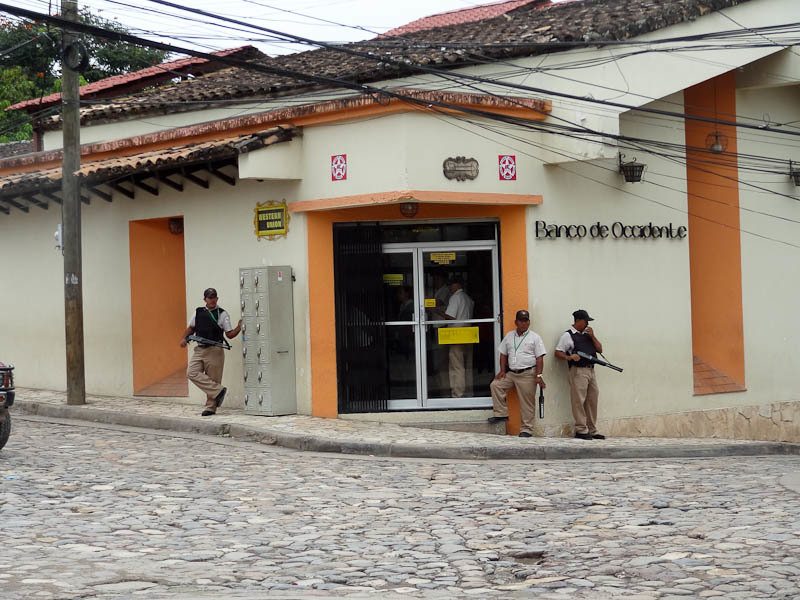 Sure, a few things are “just like home”, but Guatemala is certainly not the same as the United States.  In the past 48 hours alone, I’ve lost access to water once and power three times.  Unphased, I simply shrugged each incident off.  What else is “normal” now?  Young boys carrying turtles on the street, a man shaving in central park, and armed guards outside of most banks and stores. 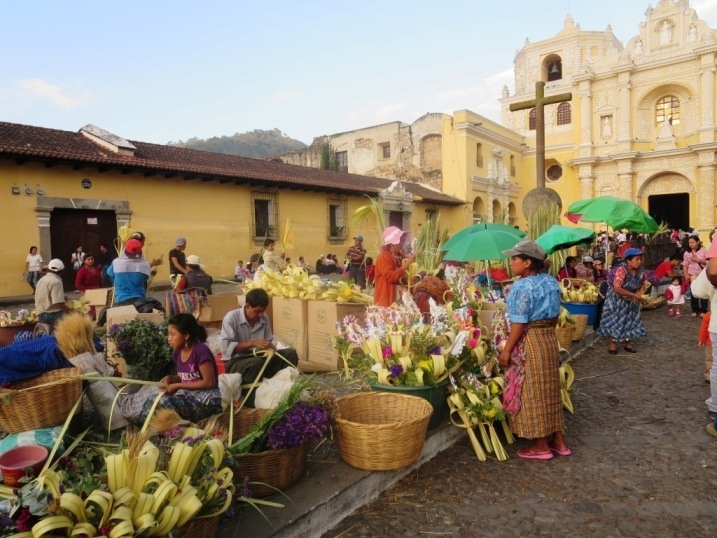 3. People Are the Same Everywhere

Does this point completely negate the point above?  I’m not sure, but I love that in every town you’ll find people doing the same things you would do.  So far I’ve watched community soccer games, school basketball games, marching band practice, children at playgrounds, families eating together, and a million other things.

A ton of travelers bypass Guatemala City altogether when they visit the country and I think it’s a shame.  I only spent 48 hours there, but I really liked what I saw, despite staying almost entirely in Zona 16.  It’s on my list to return to at the end of my trip so I can see other Zonas.

I don’t miss the United States exactly, but I do miss meals with lots of vegetables instead of carbs, hot showers, and spending time with my husband.  However, there’s plenty I enjoy about Guatemala and wish we’d do more of in the USA: living close to family and walking everywhere instead of driving are first on my mind.

6. Homestays Are Not For Me

I’m not really surprised by this realization: I like my “me time” so even though it’s incredibly generous to be hosted by a local family, I’m not hugely thrilled by it.  I’m sticking out my current homestay for the next five nights, but think it’s unlikely I’ll seek another.

7. I Did A Good Job Packing

I was a little worried about whether or not my packing list would be sufficient, but I haven’t needed anything that I didn’t bring and I’ve used just about everything I did bring.  The one exception?  I think I’m ready to ditch the laptop bag and instead use my backpack and the collapsible mini backpack I brought.