I originally wrote a version of this post in 2013, but surprise-surprise! Sometimes things change (and sometimes they don’t).

When I first started traveling, I was either really bad at guessing the types of things I like.  Or maybe I was in denial?  Or easily influenced by others?  Who knows the actual reason, but it felt like I went to multiple places in a row that just didn’t mesh with my travel style.

Until just recently, I had definitely improved on this.  Time after time, I went to amazing, incredible places.  I broke the streak with highlights like Budapest, Cairo, Paso Robles.

And then I went to Melbourne and once again found myself somewhere that didn’t live up to my expectations.  That doesn’t mean I didn’t have a good visit — I can’t stress that enough — just that in my very privileged travel life, I have no desire to spend time going back.

Since I’m always up for sharing the bad right alongside the good, I thought I’d take it one step further and share some of my other not-so-favorite places as of 2019. 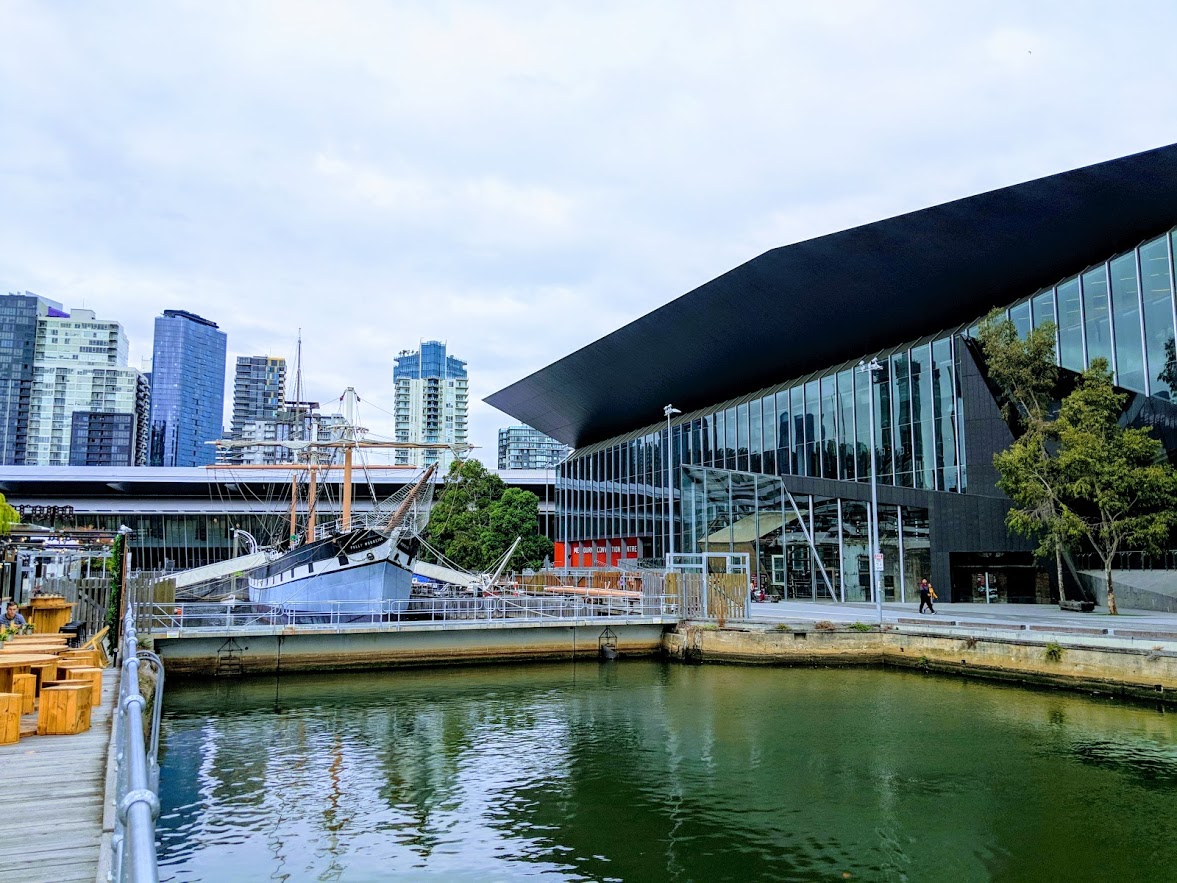 I went to Melbourne because my husband told me to.

Maybe that’s a very good reason to go somewhere, maybe it’s not, but even during the planning phase, I wasn’t overwhelmed with excitement about Melbourne.  It’s a city for street art lovers, or foodies, or Instagrammers who just want a photogenic shot of laneways and arcades.

But the whole time I was there, I couldn’t help but feel like there wasn’t much to do other than shop and eat.  It was also expensive, crowded, and traffic kinda sucks.

We tried our best.  We took a walking tour to get a feel for the city’s history and neighborhoods, biked along the coast, looked for penguins in St. Kilda, and cheered for the wrong team at a footy game.  It was totally and utterly fine but not enjoyable enough to go back.

Just to be clear… I would like to see plenty more in the state of Victoria, just not Melbourne itself.

Don’t judge a book by its cover.

That was my mantra after my first visit to Brussels; I only had 24 hours and it was way back in 2007.  Certainly those first impressions weren’t enough to judge Brussels, even though I didn’t really have a particularly inspiring visit.

So I went back a second time in 2014 and gave it another shot.  I leaned into what Brussels is best at — food and beer — and focused on sightDOING instead of checking off monument visits.  Unfortunately, even with a second chance, Brussels didn’t leave me longing to return.  There was nothing in particular that I outright disliked, but at the same time nothing wowed me.  Overall, I’d give it a “meh”.

Ghent, on the other hand, was fantastic.

OMG…everyone loves Lake Atitlan.  The fan club is never-ending and if you’re just traveling for views, you’ll love it.

The first time I went was to study Spanish, so by definition, it wasn’t a brief visit.  I was in one of the most touristy towns of the lake, San Pedro, but stayed in a local family’s home in hopes of balancing that out.  What I found was that San Pedro was juxtaposed, not balanced: there was tacky right next to authentic but good luck trying to blend them.  They were separate worlds and frankly I don’t blame the locals for not wanting anything to do with the many disrespectful tourists breezing through town.

But the scenic beauty was enough to motivate me to try really hard to love Atitlan.

So I hopped from town to town to town, hoping to find one that I liked.  And it’s true!  You can absolutely escape the rude crowds.  But in order to do so, I felt so isolated and away from activities that I ended up bored.  I don’t travel halfway around the world to read a book in a hammock.

So I left, told everyone I disliked it, got a bunch of hate mail, and went back another time with an open mind.

When I didn’t like it the second time either, I decided to trust my own opinion.  Sorry, Atitlan fan club, I won’t be joining.

I really thought I’d like Portland.  I jive with the Pacific Northwest and I’m pretty immune to the alternative lifestyle voices that drive other people bonkers.  I just wanted to go, have an active vacation, drink a beer, and eat a good meal.

But Portland wins the award for the first place I ever left early.

I’m sure it didn’t help that we didn’t have great weather.  I’m sure I could’ve done a better job researching other ideas (but this was before the days of getting recommendations on Twitter or pulling out your phone for last-minute searches).  Portland just didn’t click.

We ended up having a fabulous time throughout other parts of Oregon and southern Washington — a good reminder that you can redeem a trip even if it’s not what you initially planned on.  We explored Ape Caves, hiked through snow banks on Mount Hood, and went rafting on the White Salmon River.  It was one adventure after another and I’m so glad we went.

Downtown itself was a letdown though.

Madrid is another city that I gave two chances to.  My first visit was in 2009 and I stayed four days — long enough for a fair decision on whether or not you like it.  It wasn’t my cup of tea, but I went back in 2012 between flights from Morocco and the USA in order to save tons of money on airfare.

The city has a lot going for it with top art museums, incredible nightlife, and frequent lively events.  I definitely understand why other people like it, but all the things that Madrid is best at are the things I typically avoid.  It’s not my scene and that’s okay — I’m more than happy doing my tapas crawls in Seville instead.

It totally wasn’t coincidence that we skipped it when I went back to Spain for the third time in 2016.

Just to confuse you, I had a lovely time in Hoi An.

I drank leisurely cups of coffee, went to the spa, read my Kindle, and slept in every day.  It was the exact definition of vacation and people all over the world pay good money every year for exactly that type of trip.  It’s just that everything I liked about Hoi An could’ve been done literally anywhere else in the world.

I’ve told the story of how Hoi An disappointed me before.  I’m sure I had unrealistic expectations going in, but everything “atmospheric and charming” turned out to be just the opposite.  And so, two days into our five day visit, my husband and I just gave up.  We slipped into vacation mode — and had a lovely time — but next time I want a foot massage and a cup of coffee, I probably won’t fly 9,000 miles to get there. 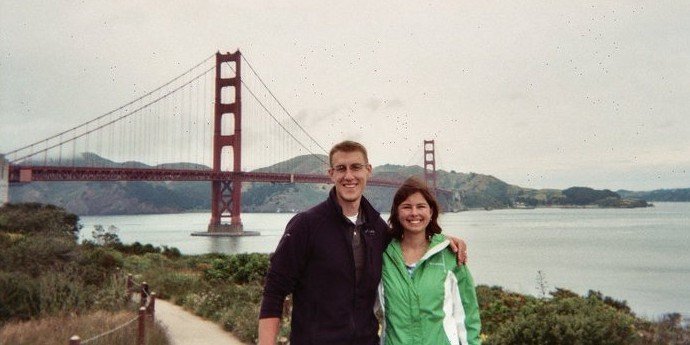 San Francisco is somewhat of a different category than the others.  I can’t really complain about my trip at all… I had a lovely time biking all over the city and wondering which hill would be my nemesis.  I don’t think I’ve ever laughed as much as I did during a production of “Beach Blanket Babylon” and even Alcatraz (usually not my style) was a good day out.

But when I think about San Francisco, I can’t list a single NEW thing I want to do there.  I don’t have a compelling reason to return.  I feel like I’ve “been there, done that” (I’m sure every resident will debate me about that), but until I gather a couple of bullet points to fill up a weekend itinerary, I’m just going to pass.

For the Record, Not Returning is Not Equal to Hating

I am thankful that I had the chance to visit each of these places and have pleasant memories from all of them, so don’t take this post as anywhere I regret going.  In fact, I’d recommend these cities to people looking for different experiences than I was.

However, there’s a lot of world out there for me to see and until someone figures out how to give me unlimited time and money, I’ll spend my next travels trying somewhere new (or returning to beloved favorites) rather than heading back to anywhere on this list.

What destinations didn’t jive with you?  Is your not-so-favorite list different than mine?

16 thoughts on “Unpopular Opinion: 7 Places I Have No Desire to Go Back To”