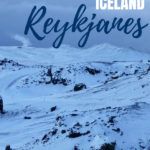 Planning a trip to Iceland in the winter was more of a challenge than I expected. Some outdoor activities close down for the winter when lakes freeze and roads close. Landscapes and beautiful scenery get blanketed by snow, which creates a mystical ambiance but not a lot of variety. Factor in some very short days (we had about 6.5 hours of daylight to work with) and choosing where you want to go suddenly becomes a huge exercise in prioritizing. On our list? The Reyjkanes Peninsula.

Although the Keflavik airport is not near downtown Reykjavik, it’s in the perfect location for exploring the Reykjanes Peninsula, a region of Iceland that’s easy to get to and less visited than the more famous Golden Circle.  In the dark and snow, we bravely picked up our rental car at the airport and headed out to explore.

With Iceland’s location in the midst of the ocean, we started our day walking along the coastline at the Gróf Marina.  There aren’t noteworthy attractions in the area — unless you count the cave home of troll and giantess, Skessa — but in better weather and with more daylight, I can imagine this would be a fantastic place for a coastal walk, watching boats go out to sea and waves lapping along the rocks.  Given our early morning on a winter visit, there wasn’t much to see but the brisk air on a short walk was perfect for shaking off jetlag.

Charming as the area may be, the real highlight of the Reykjanes Peninsula are the geothermic fields.  Iceland’s geological location provides an incredible amount of geothermic power, providing heating power for over 85% of all buildings in Iceland and producing electricity for other uses as well.  The Reykjanes Power Station is the second largest in the country and after visiting some of the natural geothermal areas, it’s easy to see how much natural, clean energy is available.  It’s fascinating how efficiently Iceland has been able to harness this resource.

Stepping out of the car to view Gunnuhver’s hot springs and mud pools was like stepping into another world.  Walking carefully as not to slip on the icy pathways, we were instantly chilled by cruel winds and sulphuric steam that near-instantly freezes in the cold air.  On that morning, in such inhospitable conditions, I really wondered what we had gotten ourselves into.  Being only about two degrees of latitude short of the arctic circle suddenly seemed like a stupid idea.

As the sun came up, we drove further around the peninsula, amazed at how desolate this section of the country is (later on, we’d realize that much of Iceland is just as undeveloped).  We came across few other vehicles along our drive and had little to look at other than volcanic rock poking out from underneath the snow. 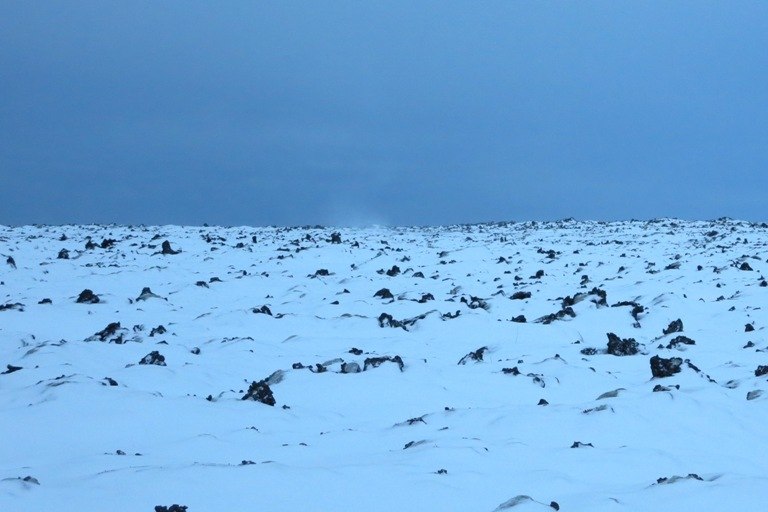 Our other goal for the morning was to see the Seltún fields, which are part of the Krýsuvík geothermic area.  Unlike the behaved areas at Gunnuhver and elsewhere in the country, this area occasionally experiences unexpected behavior.  Extreme heat below the surface causes vents to heat up to 200°C and the water is still boiling as it emerges from the ground. 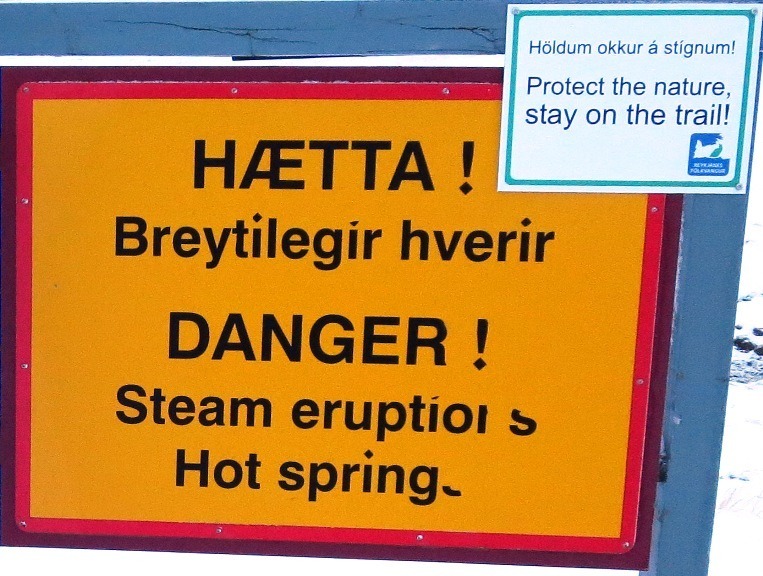 The minerals in the area add a colorful touch to the hot springs, mud pots, and other vents and the stench of rotten eggs permeated the air.  Wooden walkways have been constructed to safely lead you around the activity, and straying off the path could surely bring steam burns.  We tread carefully, again trying not to slip on the precariously icy paths. 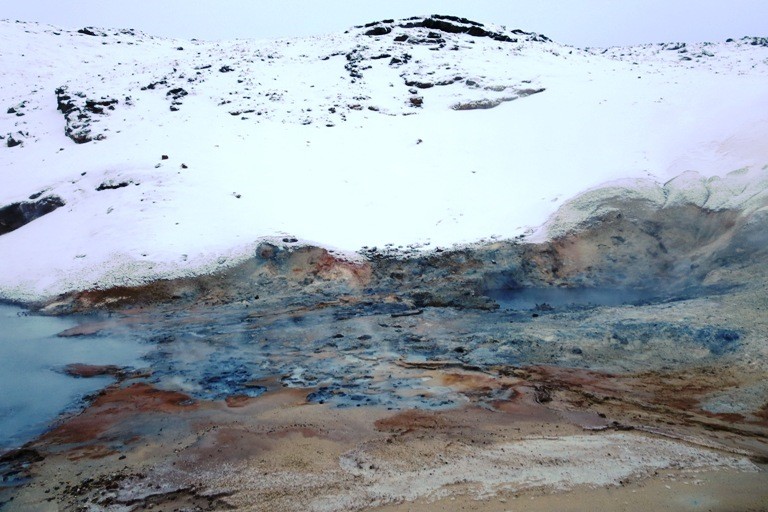 There is much more to see in Reykjanesfólkvangur National Park, including Lake Kleifarvatn (which I hear is inhabited by a monster) and the bird cliffs at Krýsuvíkurberg, but the road conditions weren’t great and we chose instead to head back into town.

Our final stop in the Reykjanes Peninsula was at the Vikingaheimar, an exhibit created in cooperation with the Smithsonian Institute.  The museum features a Viking-replica ship that was sailed across the Atlantic in 2000 to commemorate Leif Ericson’s (believed to be born in Iceland) trip to North America.  Walking on the ship makes the crossing seem impossible; the ship itself isn’t particularly large and contains very little cover for such a rough crossing.  It’s extraordinary that the voyage was successful over a millennium ago. 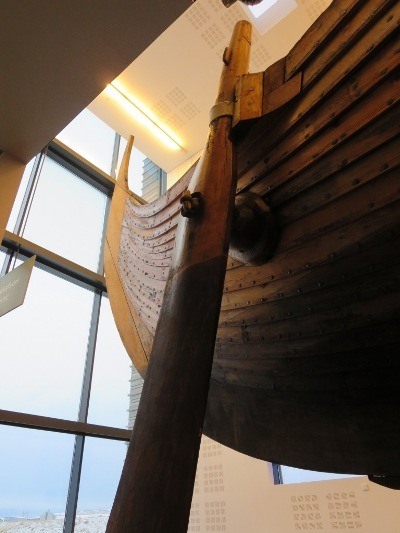 Along with providing an overview of the voyage and Norse exploration in general, the museum features an exhibit on the Icelandic Sagas.  The sagas were written in the 13th or 14th centuries to detail Icelandic history and focus greatly on the country’s history, conflict, and genealogy in the early generations of settlement which occurred primarily in the tenth century.  Like many histories written in this timeframe, the stories are part historical narrative and part literature, but they provide great context to how the country shaped into what it is today.  Overall, the museum is interesting but small and very basic, so visitors may prefer to simply read the translated sagas ahead of time.

There is much more to see on the Reykjanes Peninsula, but the cold weather and lack of sleep on an overnight flight were starting to wear on us.  Before we had even made it to Rekyjavik, the city’s name which loosely translates to “Bay of Smokes” made complete sense.  Rather than ignoring this small part of the country and heading straight for the city, spending our day on the peninsula ended up being a great introduction to Iceland.

READ MY COMPLETE ICELAND TRAVEL GUIDE TO PLAN YOUR TRIP!