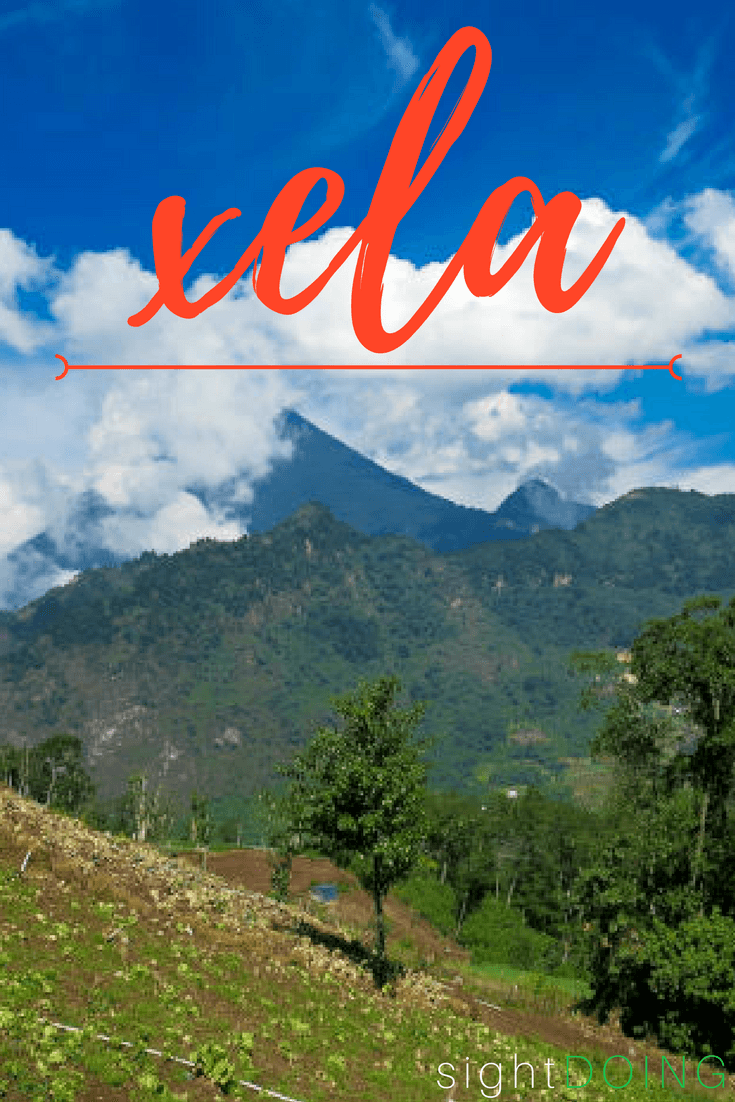 When I arrived in Quetzaltenango, it was cold, rainy, and nearly dark.  I had spent all day on a series of bus rides from San Cristobal de las Casas, and all I wanted was something to go smoothly.  My host mother (a grandmother, really) arrived at the Spanish school I was waiting at to walk me to her (our) home.

“Don’t walk around town by yourself, be careful who you talk to, and definitely don’t go out after dark, even with other students,” she warned me.

“Yes, you should really come straight home every night.”

I sighed, thinking to myself that I discovered why Quetzaltenango — or Xela, for short — is considered the best place to learn Spanish.  If you can’t go out and do anything, you’d have no choice but to bunker down and study every night for hours.

The next day wasn’t much better: I got up to explore in the morning, but it was still gray outside and frankly, the city is ugly.  My Spanish teacher was perhaps the most uninspiring person ever and my classmates were focused on their work rather than hoping to say hello during scheduled breaks.  I hated Xela and I was ready to leave, just 24 hours into my stay.  I quit my classes and announced to my hostess that I’d be leaving first thing in the morning.

The next morning, I found myself at a travel agency inside Pasaje Enriquez, near the Central Park, hoping to purchase a shuttle ticket back to Antigua, my warm and fuzzy place in Guatemala.

Instead, I saw a small sign advertising the Spanish school upstairs: Utatlán.  There were still things I was curious about in Xela, so I thought maybe it was worth starting over again.  Maybe Xela and I just got off on the wrong foot.  Within moments, I was welcomed by the staff, offered far too many snacks, and had arrangements to stay with a new family.  Hesitantly, I agreed to a week of classes, hoping it would work out this time. 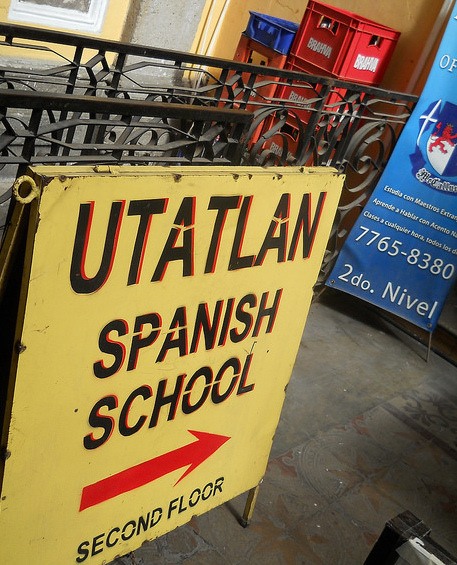 As the week went on, I quickly made friends with other students.  We met for happy hours, games of Catchphrase (in Spanish), and yes — social outings after dark.  I explored the city on foot and went out on public buses to surrounding areas.  I talked to locals and they were all gracious and friendly.  In short, my first hostess had made me believe Xela is a scarier place than it really is.

To an extent, it’s true: it’s dirty, polluted, and busy.  Muggings are unfortunately common and the bus terminal in particular is known to be a hotspot for pickpocketers and drug dealers.

So why go to Xela?  For one thing, it’s a good place to settle in for awhile to take Spanish classes or volunteer.  There are dozens of schools, many local organizations, and lots of opportunities to get involved.  In either scenario, Xela offers enough variety in restaurants, bars, bakeries (I really miss Xelapan), and shopping.  There’s a real mall, a Wal-Mart, and a movie theatre and somehow I guess that makes it feel easier to commit to two or more weeks in one place.

Some people say they’re looking for an authentic place to visit, which I think is hogwash.  Yes, Antigua is very touristy in the center, but you can easily get to “real” life, not to mention there are plenty of other towns in the country offering authentic experiences (my pick: Nerja).

As for me, I’d recommend Xela not for the city itself but as a base to explore the Western Highlands.  There’s so much within spitting distance of the city that’s worth visiting and Xela is a good place to call home at the end of the day.

I’m glad I re-discovered Xela and didn’t hop out of town too quickly, but it does leave me curious: how long does it take to decide whether or not a city is worth exploring?

I have a love/hate relationship with Xela.  If you have time, it’s worth going, and I really loved my Spanish school there.  However, Xela isn’t Disney and it’s rough around the edges.  Pay close attention to your surroundings, don’t carry valuables, and take precautions.  When possible, I’d stick to Zona 1 (the historical center) for lots of schools, restaurants, bars, monuments, and shopping; Zona 3 is also fine during daylight hours or with a group.  The other zones are hit or miss, though there’s not much to see from a tourist perspective anyway.

I still did a lot of touring on my own via public transportation, but I can also recommend Adrenalina Tours if you prefer a guide or are doing activities that require a little extra assistance, such as a full-moon trek.

Read 20+ other articles to help plan a trip to Guatemala.