Just about every traveler who passes through Rome visits the Colosseum. Inside the world’s largest amphitheater, can you imagine being there with 50,000-80,000 other spectators, all watching gladiatorial contests? Standing in the midst of ancient Roman ruins, it’s possible to appreciate the city’s long history and how its earlier culture has shaped Rome into what it is today.

In my opinion, the best way to understand something is to try it out yourself, so even though I had traveled halfway around the world to Rome, I felt the need to also travel back about 2000 years, to 80 AD when construction on the Colosseum was completed. My fellow travelers and I piled into a taxi to become gladiators for a day at a city park.

Roman gladiators were highly trained warriors, skilled in a number of bloody tactics used for sport. Historically, fighters wore adversaries down in battle using these tactics in a quest to kill and conquer, but in the Colosseum, these fights were equal parts sport and theater. Unfortunately, the public spectacle usually ended with the death of either wild animals or even human fighters with the champions going on to become public heroes.

Although gladiatorial games involved a number of challenges, we would get the chance to try sword fighting, spear throwing, and capturing an opponent by net. After learning basic attack and defense positions using a short gladius sword and shield, it was time to try it myself. Failing miserably, I could appreciate the sportsmanship and agility required by true gladiators in the past. 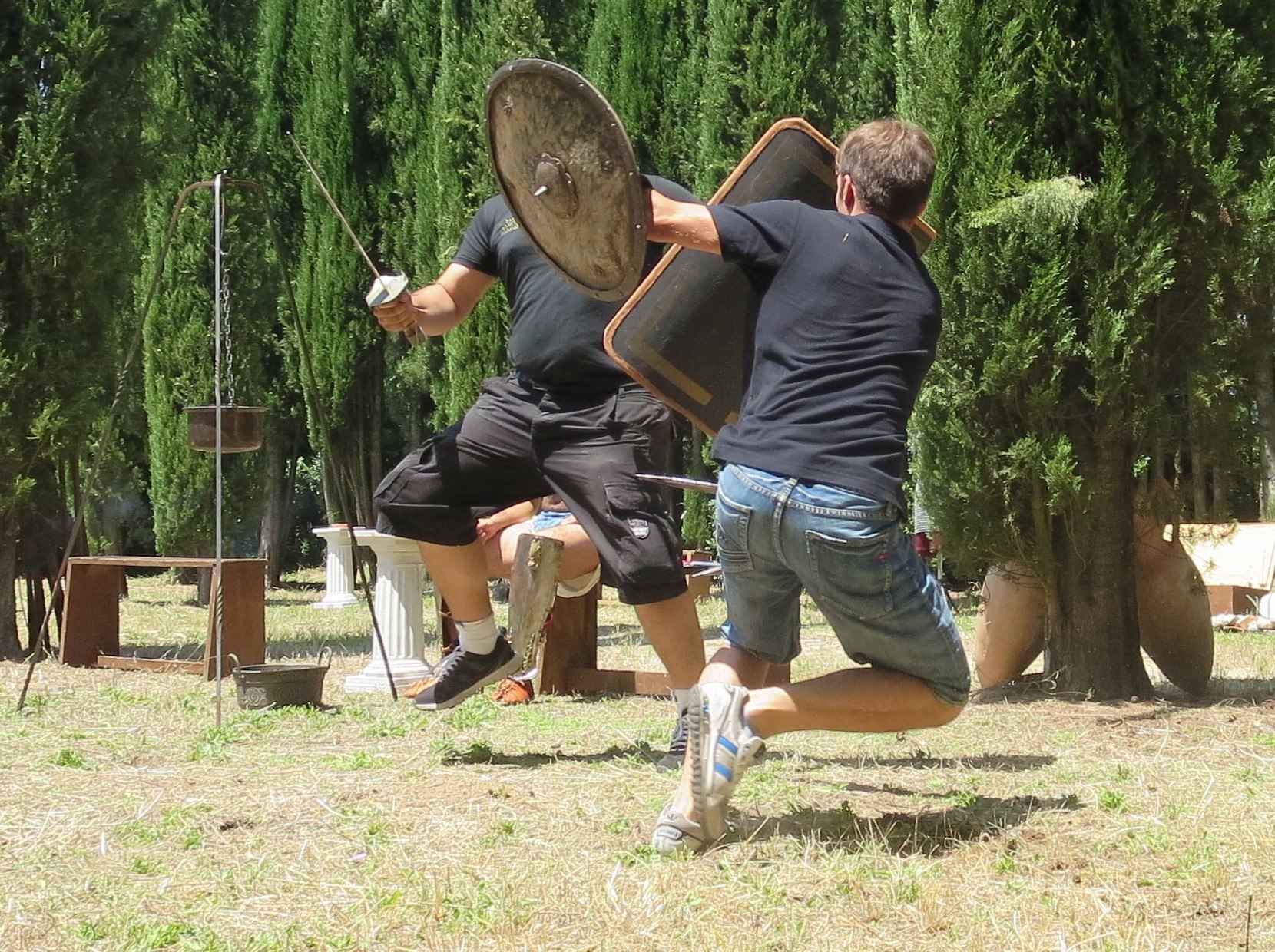 Our next two skills went far better: aiming the trident is a relatively easy task, made difficult only by the weight of a true spear and the distance a real gladiator would project it. I found my personal calling as a gladiator when the time came to become a retiarius, or a net fighter. All eyes were on me as I created my fight show, learning how important it was to read my opponent and improvise even as I continued the net whirling technique. 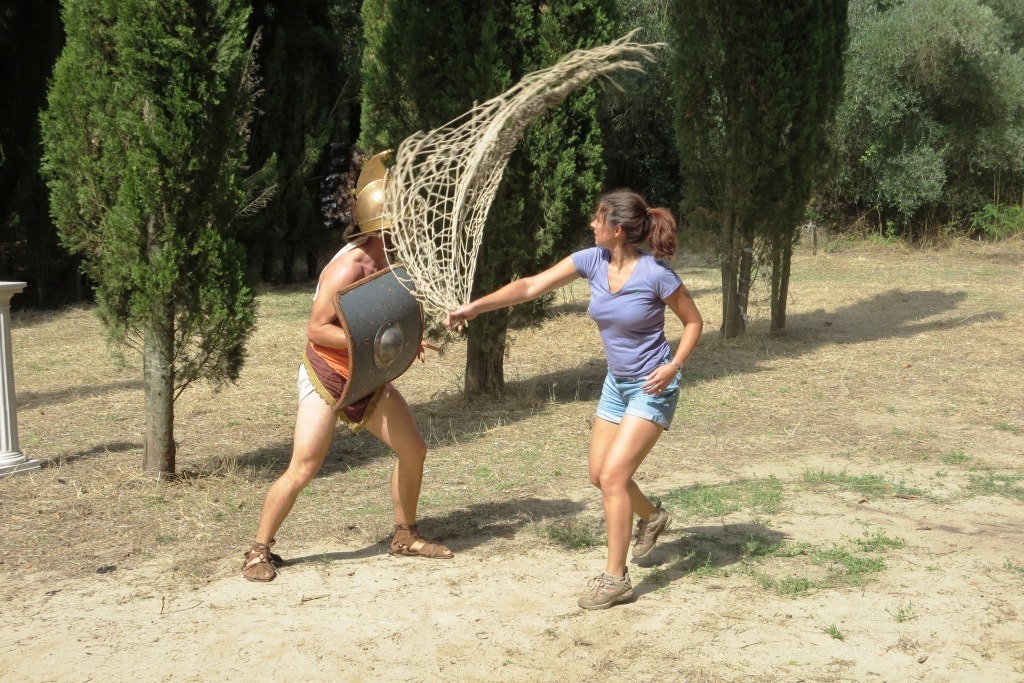 As part of our experience, we also dressed up as armed gladiators. Many gladiators fought bare-chested, but for heavy combat, they wore a metal helmet and body shield (or scutum). Leather accessories, such as a belt and sandals, completed the outfit. Thankfully, Rome’s fashion sense has vastly improved in the last two millennia. 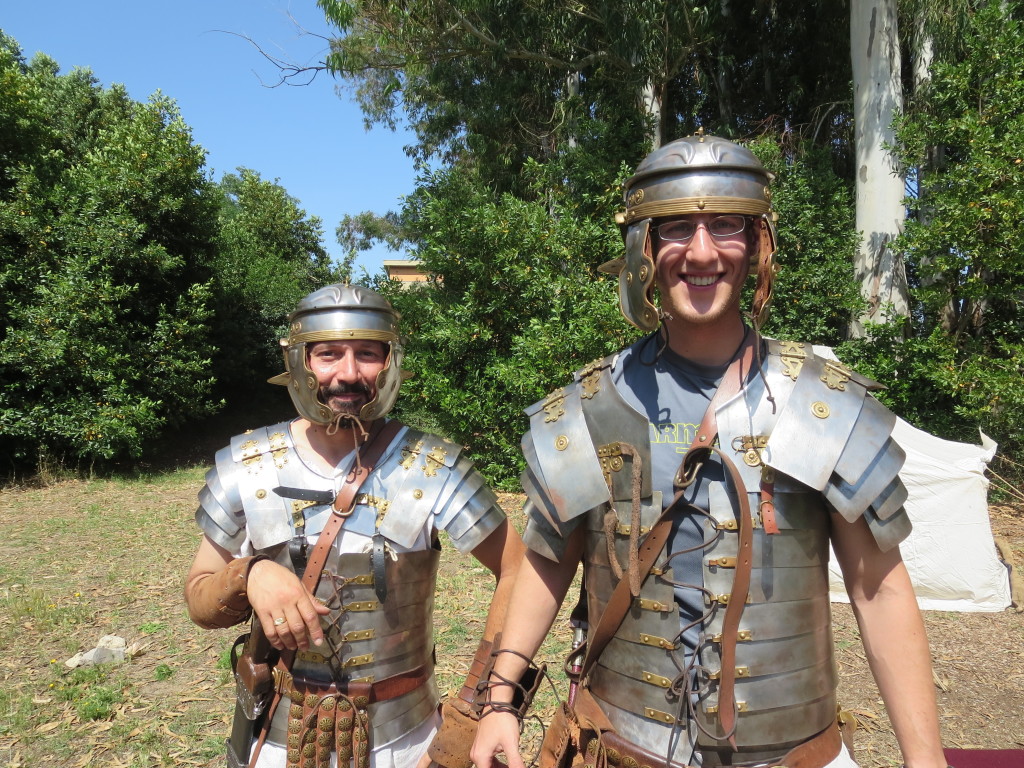 Once victorious, we celebrated with an ancient wine recipe and other traditional foods. Food is always a big part of understanding culture, and eating like a gladiator highlighted what has stayed the same over the years in Italy: a big focus on pasta and long, communal meals.

While standard sightseeing will provide you the opportunity to see the ancient sites of Rome, it can require extra effort to take things one step further and truly experience the significance of this part of the city’s history. Even if you don’t want to play gladiator, the spirit of getting into character is a great way to explore Rome.