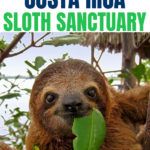 Based on this story, I need to add another destination to my wishlist.  Please welcome Sky of Sky vs World as she shares her story about visiting the Costa Rica Sloth Sanctuary.

I sigh in relief as I collapse on the bed – after over 12 hours in transit, I finally made it to my hostel in Cahuita, Costa Rica. Though long, the journey from Orosi to Cahuita went smoothly, with comfortable buses that actually ran on time, something I had quickly learned was not exactly the norm in Central America. Even still, I was happy to have finally made it to my home for the night.

Cahuita is a quiet town on the Caribbean Coast of Costa Rica. It’s 20 minutes from the well-known party town of Puerto Viejo and therefore attracts travelers who want to experience the Afro-Caribbean vibe of the coast without the intense party culture.

However, with Puerto Viejo being my next destination, my visit to Cahuita had one purpose – it was the easiest place from which to visit the Sloth Sanctuary.

The Costa Rica Sloth Sanctuary, an easy 20 minute bus ride from Cahuita, officially opened in 1997, five years after the Arroyo family found themselves the unofficial caretaker of abandoned sloths in the area. At the time, there was limited knowledge on the species in general, so it was up to the family to figure out how to take care of and rehabilitate their new-found family members.

Today, the sanctuary continues to rescue sloths that are injured, abandoned, or otherwise unable to survive in the wild and rehabilitate as many as possible, while also putting an emphasis on scientific research and educating the public. 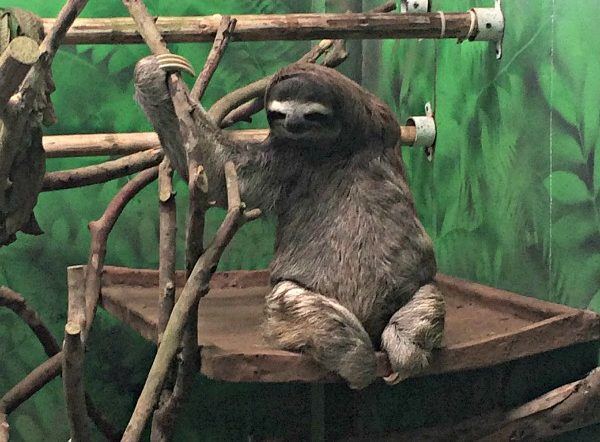 One of the many ways they educate the public about sloths is through their daily tours of the sanctuary, which happened to be the entire reason I had decided to visit the Caribbean Coast over the Pacific Coast.

The Sloth Sanctuary offers two tours – Buttercup Tours, which are held hourly 8am-2pm, Tuesday-Sunday, no reservation required, and the Insider’s Tour, held twice a day with a required reservation.

With my main goal, quite frankly, being able to see the baby sloths I had become so obsessed with recently, I chose the Buttercup Tour, which included an hour tour of the sanctuary as well as an hour ride through tropical lowland rainforest.

As suggested, I arrived a half hour prior to the next tour on a humid afternoon. After officially registering for the tour, I spent some time hanging out with Buttercup, the first sloth the Arroyo family ever rescued, who was enjoying some time relaxing in the lobby, unfazed by all of the attention and cameras snapping photos. 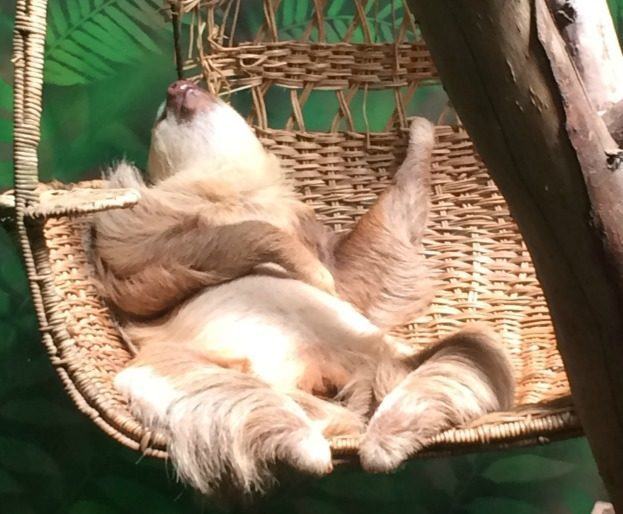 The actual tour itself began in the “sloth room”, where a guide introduced us to several of the resident sloths. While they try to rehabilitate as many sloths as possible, things like amputation or birth in captivity, mean that some find a life home at the Sloth Sanctuary. It’s these sloths that the guide used to educate us about the different types of sloths, their biggest threats (electrical wires and dogs), and other interesting facts.

From there, the guide led us to the nursery – the part of the tour I was most looking forward to. Here, the guide continued educating us about the species but, to be completely honest, I became a bit distracted from listening to the facts when they brought the baby sloths around for a quick introduction. This cute guy even tried to steal my iPhone. 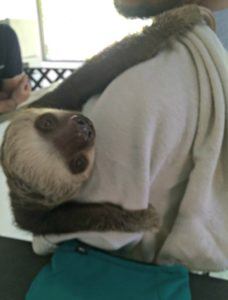 Throughout the tour, one point was emphasized again and again – do not touch sloths. This applied both to sloths in the sanctuary, particularly the babies, and any sloths found in the wild. One of the most important discoveries that the Sanctuary made was the connection between human touch and the health of the sloths – not only do sloths have a very fragile immune system that leave them vulnerable to pathogens and and allergens, they also experience a dramatic heart rate increase due to stress (tachycardia) when handled by humans.

The final part of the tour was an canoe ride through the lowland rainforest behind the Sloth Sanctuary. Ideally, this is where you will get an opportunity to view sloths and many other animals in the wild but, unfortunately, our tour group saw little beyond some monkeys high up in the tree. 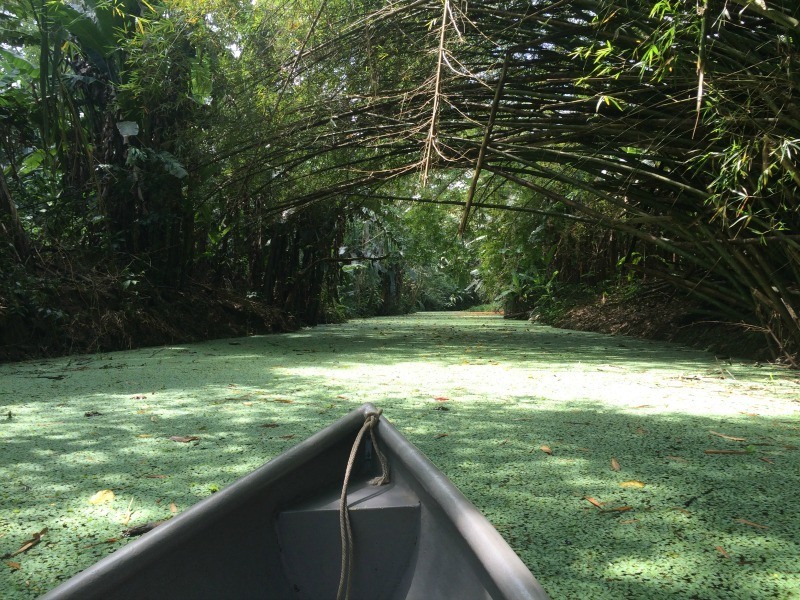 Visiting the Costa Rica Sloth Sanctuary was a highlight of my trip and well worth the detour to Cahuita – I would even consider returning if I ever found myself on that side of Costa Rica again.

Many thanks to Sky for providing this guest post.  Check out more of her posts!  She’s an expert on Costa Rica and an awesome resource if you’re heading there soon.