The curse of bad weather and flight delays in general has followed me around this spring.  Every single outbound flight I’ve had this spring – and I do mean every one – has been significantly delayed enough to cause me to misconnect, though I’ve been fortunate enough to re-route or make other adjustments to my plans in advance in order to still get to my destination on the correct evening.

In the interest of not whining, I’ll present just the facts: a ground stop at Dulles due to summer storms caused us to wait for 2.5 hours on the runway (returning to the gate at one point).  Amazingly, given some padding in the original flight time, I made it to Manchester with 23 minutes to make my connection.

So I ran.  I rudely snatched my “Plan B” itinerary from the United representative waiting for my flight and didn’t look back.  But Manchester airport is not the most convenient for delayed, connecting passengers, and so I had to catch a bus from international arrivals to be re-processed by security (security who make the TSA look amazingly efficient, I might add).  Then my plan was to run, again, to the gate to catch my flight from Manchester onwards.  All would’ve been okay except that I had to wait for additional security screening.  Either it truly was random and I was just out of luck or I look like a terrorist.  We’ll never know.

With that, I found myself in Manchester and easily rebooked on an afternoon flight.  Thankfully, this all happened in Europe, where killing time on layovers is amazingly simple.  I knew next to nothing about Manchester, but I was willing to bet that 1) there’d be a train into the city leaving from the airport leaving relatively soon and 2) there’d be a left luggage office in either the airport or at the train station downtown.  Sure enough, £13 solved all my troubles. 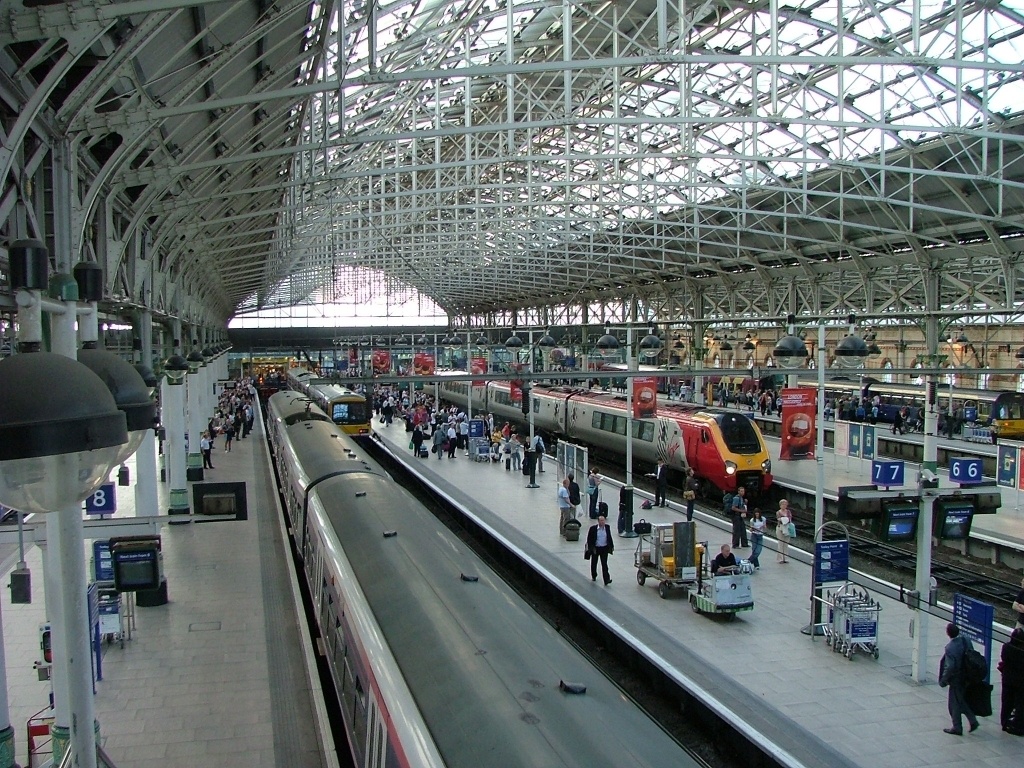 Remember, I showed up in Manchester jet-lagged, stressed, and without any knowledge of what the city had to offer (or even a map).  In retrospect, it appears there are actually several interesting things to see in Manchester.  I can’t admit to seeing any of them;  I simply wandered around on foot, thankful for some fresh air.

I was thrilled to find Manchester’s outdoor market not far from the train station.  I’m a big fan of food markets anywhere I go, and the fact that I had skipped breakfast on the plane meant everything looked amazing.  I found a vendor who didn’t judge me when I ordered a lamb burger and goose-fat potatoes at 10am and so I sat down to eat at a communal table while trying to figure out what to do for the day. 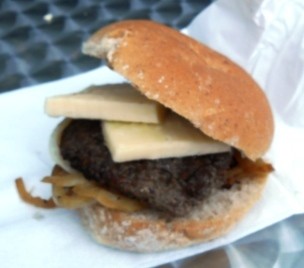 Despite getting some local recommendations, I quickly came to the unfortunate realization that I didn’t actually have time to do anything once I factored in time to return to the airport to return through immigration and pick up a boarding pass for my onward flight.  Additionally, my top priority was finding wi-fi to email my sister and let her know I wouldn’t be able to pick her up in Ljubljana on time to drive her to our hotel.

Stepping into a local tavern, I was able to email my sister with my change of plans and enjoy an ale simultaneously.  Perfect.  From there, I took advantage of some wonderfully cool weather for a little more walking and then some people-watching at a Royal Arms event, complete with flag ceremonies and music. 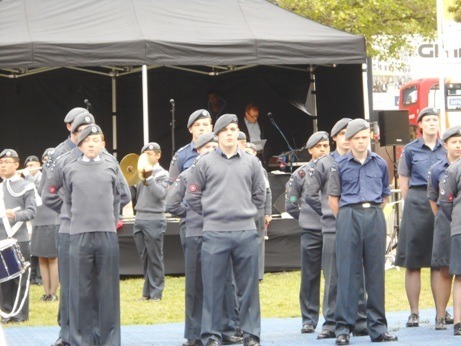 While I would have loved for everything to go smoothly, this wasn’t a bad alternative.  The people of Manchester are gracious, friendly, and welcoming to visitors.  The local tavern was a fun place to be on a Saturday midday and prices are very reasonable compared to London.  Additionally, there are a few things to do in town that would make it a decent planned stopover.

I can’t say I’m happy I showed up at my destination much later than planned, but making the most of some new-found time was definitely better than sitting around at the airport.  If you ever find yourself in a similar situation, I’d highly recommend going into the city, even if you only have time for a stroll and a snack.

Have you ever unintentionally found yourself in a new city?  Were you more ambitious than I was while you were there?

1 thought on “Surprise! Welcome to Manchester!”