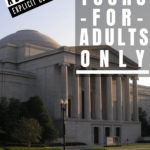 This time of year, it seems like political scandals are everywhere you look.  I’m sick and tired of the election madness…except for that one day when I found myself campaigning to be president at the National Gallery of Art in Washington DC.

This is the type of museum I usually have a self-imposed restraining order on.  I purposely give them a wide berth, stepping no closer than 100 yards from the entrance.  Art is static, stuffy, and never comes with a story better than the ones I create myself at those wine nights where the emphasis is on a social atmosphere rather than the lighthouse you’re trying to paint in an hour-long event.

Mike and I knew this would be no ordinary tour of an art museum when our guide dropped an F-bomb in the first three minutes.  Forget learning about the skilled use of light and form — we were at the museum for a political scandal tour.

I’ve been eyeing Museum Hack for over a year, more out of morbid curiosity than anything else.  They claim to make museums interactive and fun, which frankly is a difficult thing to do.  But if there’s anything that can spice up a museum, it’s a scintillating scandal.

We walked in and immediately donned patriotic wear.  Throughout the morning, we’d be completing interactive challenges throughout the museum to earn points (“votes”) until someone in our group of 5 was elected president at the end. 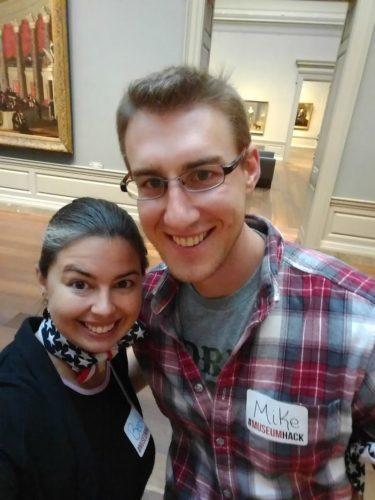 So how exactly do you get to be president of a fake election?  Through choosing the right running mate from a portrait gallery, answering puzzles correctly, and a little bit of luck and chance.

In-between games and reenactments, our guide (and obvious art-lover) shared the back stories from select pieces in the museum.  The emphasis, which I loved, was on the story — whether that focused on the art, the artist, or political and international history from that period.  You’ll learn a little about art, since it’s a gallery, but if that’s what you’re after, you’re better off sticking around after your tour is over to talk to a docent.

Our two hours flew by and before we knew it, we had elected a new president.  In true Museum Hack fashion, that also came with a story.  Turns out, one last game shares how our president fared over her first term and how unloved she was during her second.  Good thing I wasn’t president!

Museum Hack is absurdly expensive considering it’s at museum that’s otherwise free.  I cringed as I typed in my credit card number.  I was risking $50 to go to an art museum and I was really afraid I’d be wasting both my time and money.

It ended up being awesome…so much so, that I’m already planning on checking out one of their Chicago tours on my next trip there.  The New York & San Francisco tours sound best of all, if only I had plans to go there.  If you’re into sightDOING instead of a normal museum visit, it’s worth checking out.