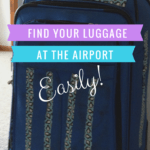 One of the things I absolutely don’t like after a flight is going to the luggage carousel to look for my luggage.  I try to minimize my frustration of trying to find my suitcase by getting a less popular color.  There are  so many black, red and navy blue suitcases that after a while they all begin to look alike, at least to me.  I’ve tied bright bows, pom poms, etc on the handles but the bows become untied and pom poms have broken off.  I needed to put my thinking cap back on and find something that would make my suitcase stand out so that I could find it more easily and others would know that it definitely was not their suitcase.

While I was thinking about that,  I also had wondered this year when we flew to Sydney, Australia and had three connections how I could describe my suitcase in the event it became separated from us.  I thought it was a high likelihood with the number of connections that we had.

Hmm…what could I do?  While shopping at Staples one day I passed a display with colorful duct tape and a lightbulb went off in my head.

I could use the duct tape and run it on the front, back and sides of my suitcase.  That surely would be unique and it wouldn’t have to be permanent.  I bought some and did exactly that: 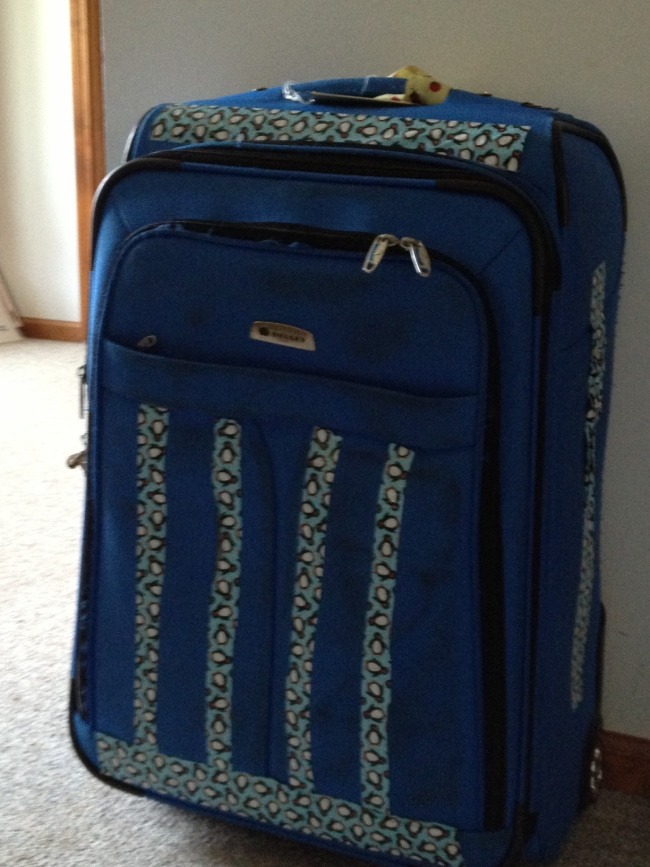 Now that I solved the problem of identifying my luggage my next step was figuring out how to describe it.  Rather than just saying a blue suitcase with penguin duct tape on it, I took a photo of my suitcase as I gave it to the airline personnel as well as double checking the tags that were put on my suitcase.  I know that accidents can happen and wrong destinations can be put on by accident but I like to try to minimize the risk of losing it.  I take lots of photos.

What do you do to try to keep track of your luggage?

*     *     *
Today’s simple yet genius idea comes to you from Jane at Air, Land, and Sea.  Many thanks to Jane for being way more creative than Becky.

4 thoughts on “How to Find Your Luggage at the Airport – Easily!”