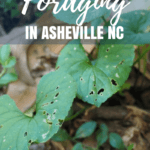 If I were dependent on hunting and gathering, there’s a good chance I’d be dead right now.  I can’t aim a gun to save my life and I’m even worse with a bow and arrow or spear.  That leaves gathering, a seemingly easy activity assuming you have the knowledge of what’s edible and what’s not.  And unless it’s an apple tree or something else that’s obvious, I haven’t a clue.  That’s why I was so excited to go foraging in Asheville, NC. 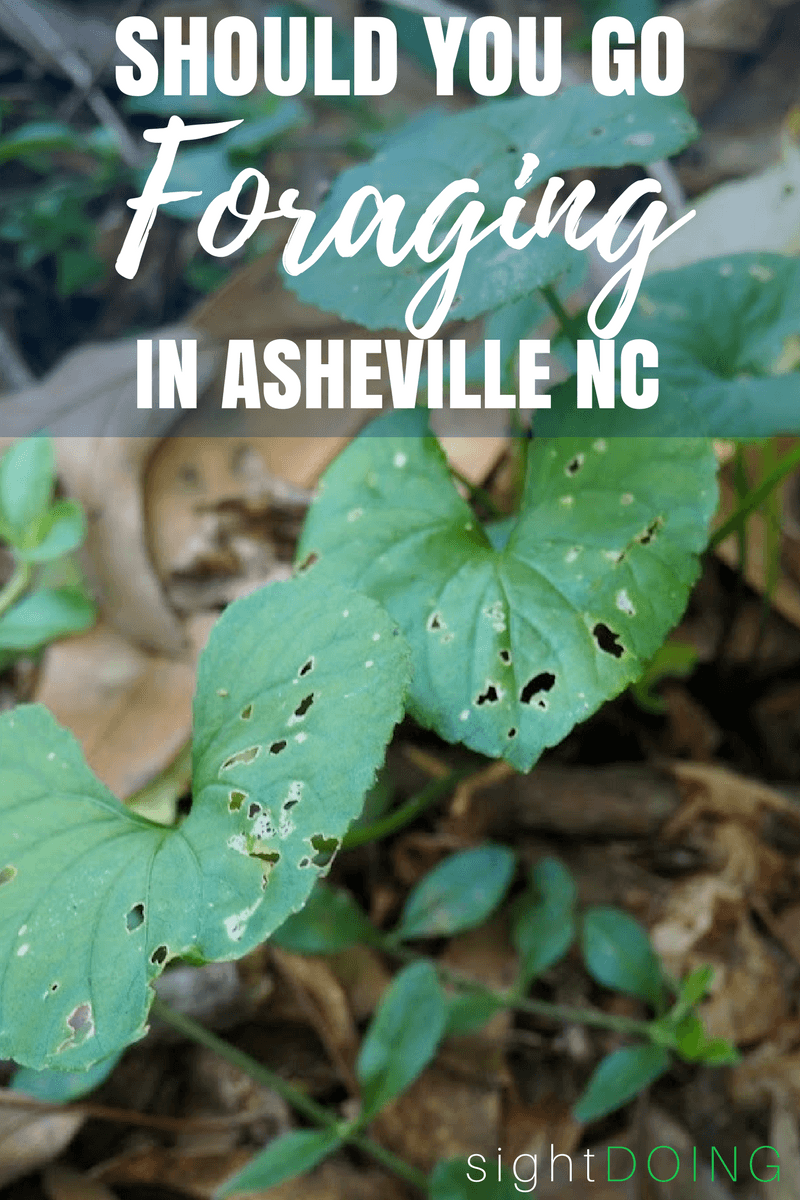 Asheville is the most biodiverse area with a temperate climate in the western hemisphere.  Let that sink in.  It’s right up there with places like the Amazon rainforest and coral reef systems, just in an area that’s way more accessible for the average American traveler.  Not only that, but there are more than 150 commonly found edible plants (and hundreds more that are harder to find).  Throw in a natural living mentality that’s everywhere in the city and you’ll understand why foraging is so popular in this area.

So we head out of town for about a half hour, leaving the city sidewalks behind and arriving at the meeting place for our foraging tour.

We’re greeted with a cup of tea brewed from wild plants, which leads to a guessing game on the ingredients (hint: it’s different every tour, based on what’s growing that day).  As we sip away, we talk about the sustainability of wild foods compared to farming, the intense flavors you’ll find compared to garden versions, and the high nutritional values in everything you eat.  And oh yeah, it’s free, if you ignore the price tag of the tour itself.

Over the river and through the woods — or something like that — we head out to look for our first few finds.  After just a few steps, we find violets.

I’ve eaten several flowers on salads before and zucchini blossom quesadillas are one of my favorite foods in the world.  But how do you know which flowers you can eat and which will kill you?

It’s a theme that’s drilled into our heads, over and over again.  There’s no better guide than someone who knows what they’re doing…way better than a book or a smartphone or anything you can read.  There are “copycat plants” everywhere, one weed that’s delightfully tasty and another that looks similar but could leave you running for the toilet.  It takes time, practice, and someone who knows what they’re doing to point you in the right direction.

After finding three or four edibles with our guide, we’re let loose.  The instructions: go forth and collect anything you think might be edible.  We’d reconvene in 20 minutes to go identify everything the group found and sort by what’s edible and what isn’t.

I quickly realize I don’t have any idea on where to start.  There are plants all around me but we weren’t given any guidelines on what has a good probability of being edible.  Leaves, grasses, roots, mushrooms, barks, flowers.  Everything looks familiar and as far as I know, there’s no magic answer.

And so we guess.  We head off-path, doing our best to avoid the poison ivy my husband is terribly allergic to, and we collect a random assortment of plants.  I try to make mental notes of where each leaf come from.  Was it a tree, a shrub, a fern?  How will I ever find it again if it indeed is edible and delicious?

Then, there’s the mushrooms.  It’s mushroom season so our group scored a ton of finds.  There are ones good for eating, like caesar’s mushroom and leatherback milk caps.  And then there’s the death angel, a reminder that you should never eat anything you forage unless you are 110% sure you know what you’re gathering.

Although we learned a few edible plants and some tips on how to harvest in a sustainable manner, this is where our guide fell short.  There were a sizeable number of items she couldn’t identify.  She had the same mantra that Mike and I use with leftovers in our kitchen fridge (“when in doubt, throw it out”) but it’s frustrating to leave with half your questions unanswered.

From there, we dispersed into the forest a second time in a slightly different area.  Although it was enjoyable the first time to go out and see what you could find, I would’ve loved a little more direction on round two.  A simple “look low to the ground” or “check by the riverbank” or anything along those lines would’ve given us an idea of what to search for.

We ended the day with a second round of identifications, a recap of what we found, and a small taste of our yummy findings.

Let this go down in history as the first tour I’m not sure I liked but I recommend anyway.  I didn’t get a free tour and I’m not paid to say that, so what gives?

I love the concept of foraging and I’ve never seen a regularly-operated tour like this anywhere else in the world.  It’s unique and it definitely qualifies as sightDOING, but it was ridiculously expensive given the size of the group (we had 13) and the lack of guidance/direction.

Tours are operated by No Taste Like Home several times a week.  We went on the 3-hour tour, but to all of you, I’ll recommend the mini tour.  You’ll get the same introduction and a chance to try it for half the cost.  In my opinion, there’s no need to repeat the exercise a second time if it’s an independent venture anyway.  Plus it’s operated on the grounds of the Grove Park Inn, perfect to stay afterwards for sunset cocktails.

>>>> Related Post: 6 Restaurants in Asheville You Don’t Want to Miss

Regardless of which tour you take, my biggest tip is to cheat.  Yes, you heard that right.  I think you’ll get more out of it if you have an idea of what to look for.  Peruse the harvest calendar to get an idea of what might be in season during your visit.  Glance at pictures of some of the most commonly found edibles to see if you can find them.  Don’t ignore the other plants you find, but at least with a starting point, you’ll be wandering in the right direction.

7 thoughts on “My Quest to Find Wild Food in Asheville”